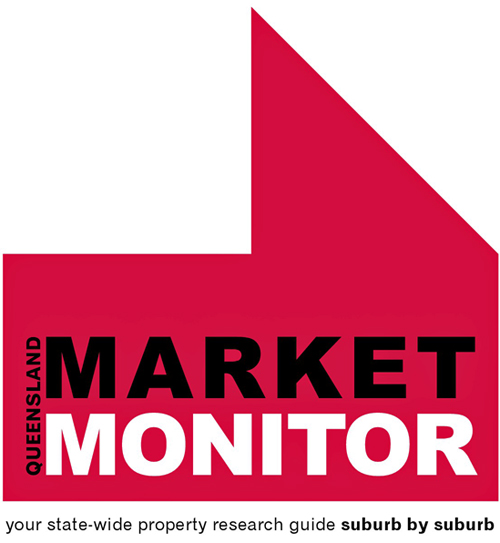 Gladstone, Mackay, Rockhampton and Townsville have been the most affected areas and remain dependent on the mining industry to create economic development and to support job creation.

Despite the small size of the unit market in regional Queensland, units are generally struggling more than houses.

Unemployment is higher in Queensland (6.2 per cent) compared to Australia (5.8 per cent) for December:

Generally, infrastructure investment in regional Queensland is on the rise, particularly in Townsville, Toowoomba, Bundaberg and Rockhampton. Much of the region’s hopes are pinned on the success of the Adani mine. There are still a number of environmental issues pending which could delay or stop the construction and operation of the mine.

The Queensland Government is reporting revised budget surplus of more than $2 billion, with plans for allocation:

This funding is additional to the Significant Regional Infrastructure Projects Program, the Skilling Queenslanders for Work program, the Back to Work Program, and the first home owner grant.

Similar to the current performance of the property market throughout the state, looking forward the prognosis of the market remains patchy and dependent on the success of the economic stimulation measures reaching the expected outcome. 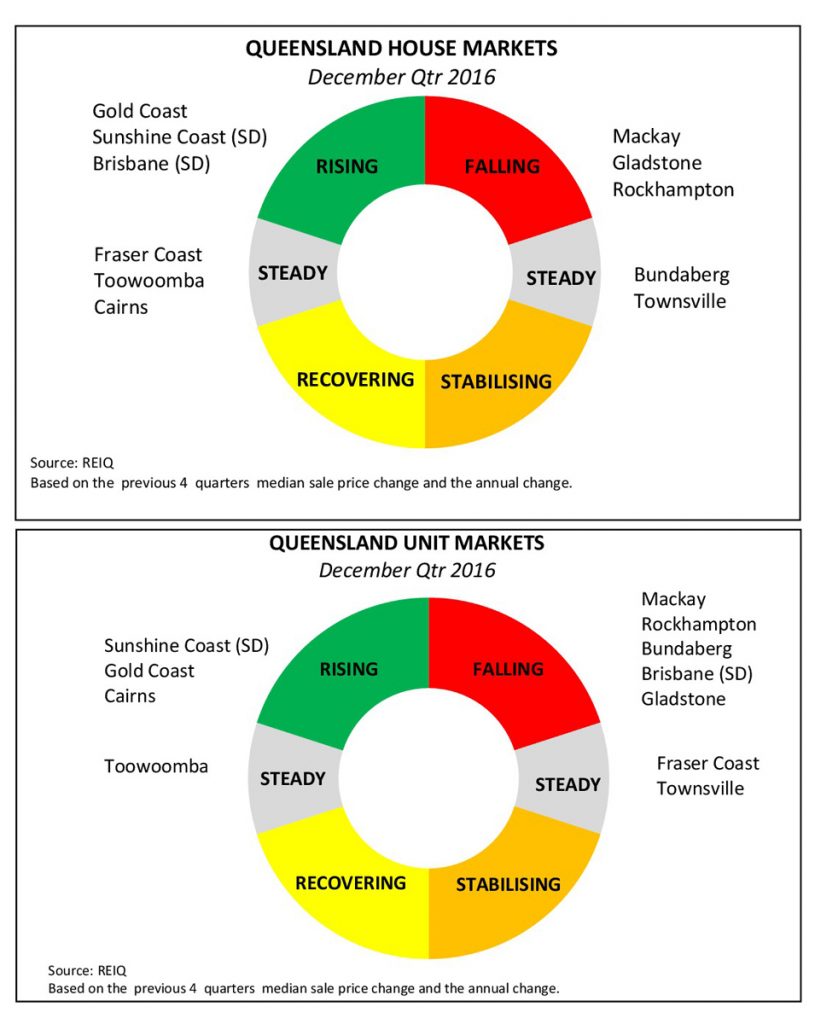 Fraser Coast is the one of Queensland’s most affordable regions, with a median sale price for the December quarter of $303,000, down from $310,000 for the September quarter.

The current median unit price of $230,000 positions Fraser Coast as the fourth-most affordable region for units, following a contraction in the median sale price of about 6.7 per cent over the quarter.

Fraser Coast remains heavily dependent on manufacturing and tourism for jobs and economic growth. The volume of infrastructure projects in Fraser Coast is limited, which does not support any potential improvement on the residential property market.

The house market remained steady over the past 12 months, reporting an annual median sale price of $305,000 for the December quarter.

The largest volume of transactions for the housing market is focused within the price range below $350,000. Preliminary quarterly data for December indicates a fall in the number of sales from 421 in September to 287 in December. 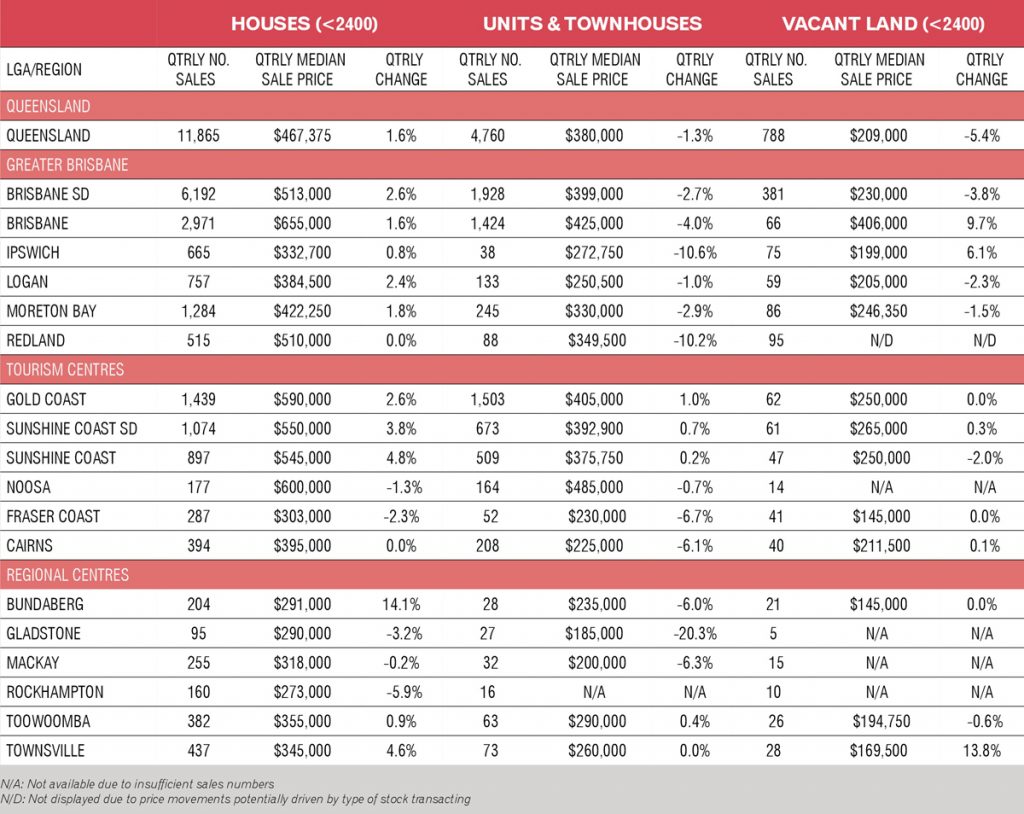 The unit market has followed a downward trend for the past three quarters, with the median sale price falling by 6.7 per cent from $246,500 for September to $230,000 for December. 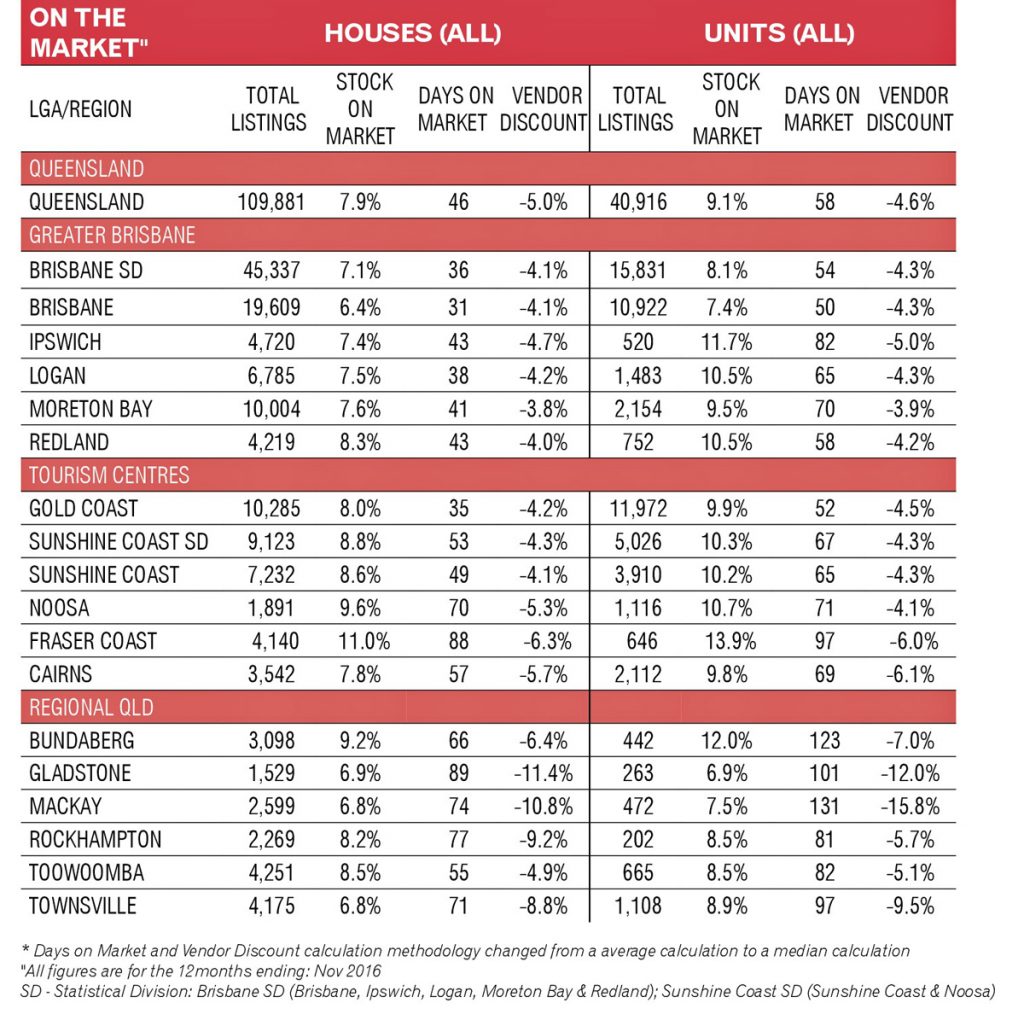 Fraser Coast’s vacancy rate has been somewhat turbulent recently, sitting at 3.3 per cent for December compared to 2.9 per cent for September. Maryborough rental market recorded the largest increase in vacancy rates over the December quarter of 3.2 percentage points, reaching vacancy rates of 5.6 per cent (primarily due to the excess of new houses in the region).

The weekly median rent of three-bedroom houses and two-bedroom units increased by $5 over the December quarter. In contrast, the weekly median rent for three bedroom townhouses reduced from $330 for September to $315 for December. Local agents indicate that the rental market remains steady, however, the increase of new houses is causing a temporary increase in supply of rental properties. 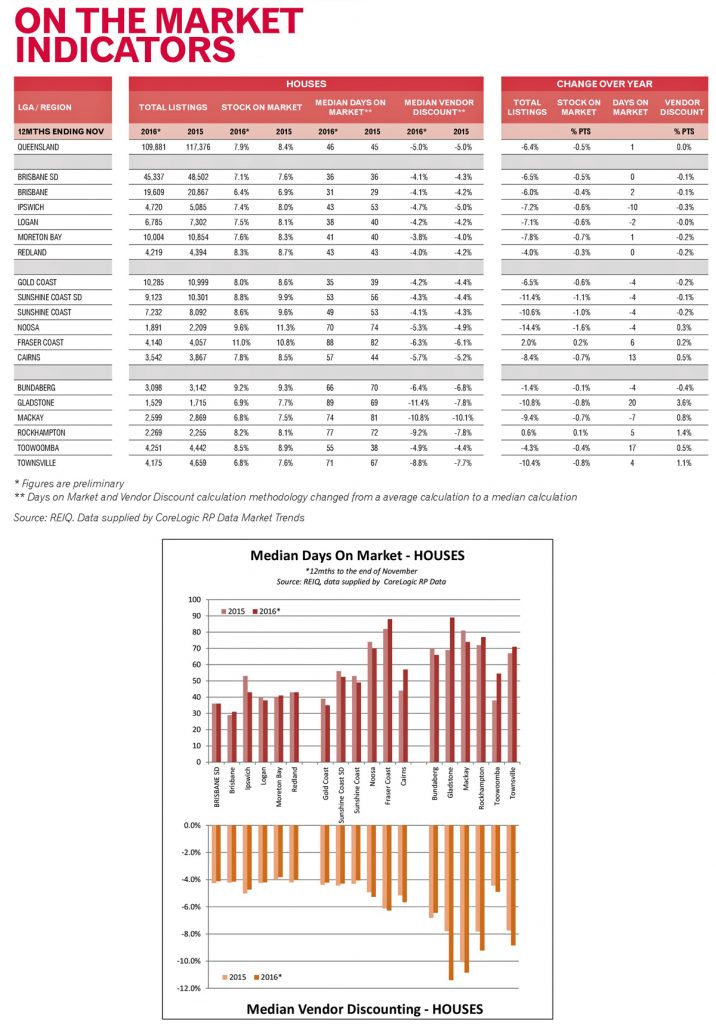 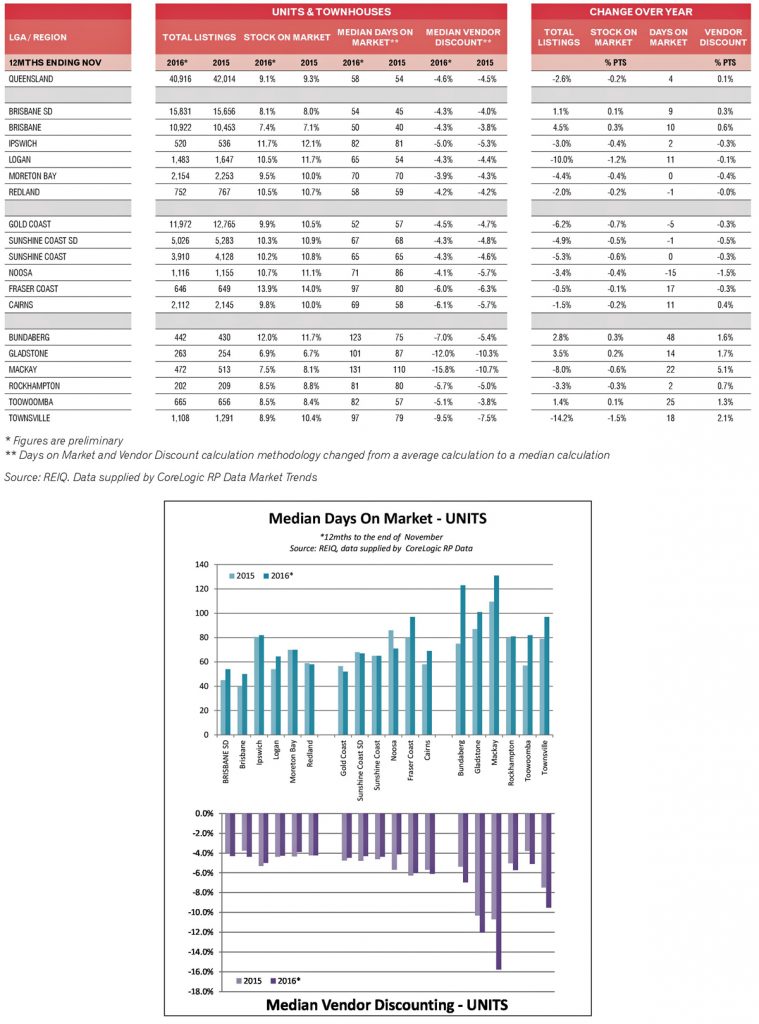